The Mezquita is an impressive building in Cordoba. The Moors built this mosque on the site of a former hospice. The mosque has been enlarged several times. After the fall of the Moors, an impressive Catholic church was built inside the Mosque, in which masses are held to this day. Cordoba is a beautiful city on the River Quadalvivir. In the old town is a large Jewish district of narrow streets with many shops. Cordoba is also well known for its floral displays on the patios in April, which are often open to the public during this period. 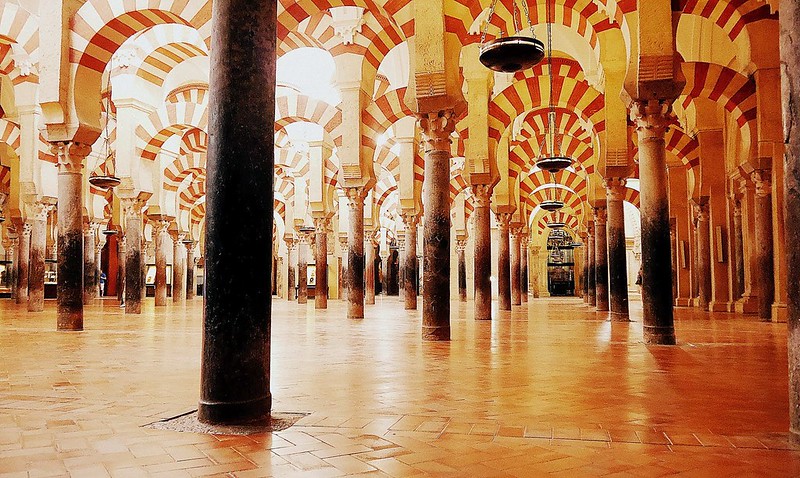